GOOD NEWS
We are informed that that the governor of Florida did issue a stay of execution for Paul Howell, who otherwise would have been executed yesterday.  That;s all we know at the moment.  Thank you for intervening.
Let no one ever tell you that there is no value to our letters and protests

In January of this year, the state of California ordered Quetico, LLC, a Walmart-contracted warehouse, to pay $1.1 million in stolen wages to its workers. The company denied the charges and is appealing the state’s ruling. Meanwhile, workers fear retaliation for speaking out. Warehouse Workers United has started a campaign urging Walmart to enforce its own “Standards for Suppliers” and to ensure workers are included in the process of maintaining acceptable working conditions at Walmart suppliers.

Send a letter to Walmart CEO Mike Duke and tell him you stand with Warehouse Workers United and the Quetico warehouse workers.

TRADE UNION LEADERS ARRESTED IN TURKEY
In the early morning of Tuesday, 19 February, Turkish police targeted members and leaders of the public sector union KESK, arresting at least 100 of them, including members of the teachers union.
Please add your name to the online campaign.

CAPITAL PUNISHMENT IN JAPAN
Japan is executing people again  Please join the campaign to protest the executions and the barbaric manner in which they are being carried out.

HUMAN RIGHTS DEFENDERS IN THE AMERICAS

Human rights defenders in the Americas play a vital role in exposing and combating human rights violations. Many have paid a high price for their courageous efforts to break cycles of injustice, discrimination and impunity. Please join the protest against oppression of human rights defenders. When the link opens, scroll to the bottom to fill out the form.

Posted by arkee_titan at 1:28 AM No comments:

Purim is coming so let us start with happy things: 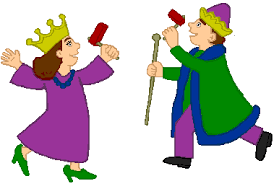 This week we can start off with a few items of success:
CAMAROON WORKERS IN SWEDEN
We wrote last week about the exploitation of migrant workers in the forests of Sweden. The union reports that the workers will get their proper wages and benefits including retroactive payments. Thanks to all who help apply pressure to the forestry companies and kudos to the union that stood up and fought.

NO OIL EXPLORATION IN HOME REGION OF INDIGENOUS TRIBE

We are pleased to report that the oil prospecting in the Camisea region of Peru has been stopped in the wake of world wide publicity that caused the Argentine gas giant Pluspetrol to back down. Thanks to all who wrote letters and joined the protest.
NOW THE TOUGH STUFF

CHILD SOLDIERS IN MALI
Islamist armed groups in Mali (Ansar Dine, the Movement for Unity and Jihad in West Africa, and Al Qaeda in the Islamic Maghreb) should immediately end all recruitment, training, and use of child soldiers.
Please sign the petition to the International Criminal Court to help put a stop to this terrible practice. Eric Lee informs us that we are in a worldwide week of action on behalf of workers in Mexico.  Please join in to help workers and unions in Mexico.

Please join the campaign of the New Israel Fund to prevent deportations of refugees in Israel to countries where they will be in serious danger. Your signature on the petition will help bring pressure.

Posted by arkee_titan at 2:21 AM No comments:

We start with infringements on the rights of indigenous peoples, in particular uncontacted tribal communities whose home territories are being invaded by development, in particular, prospectors and developers of mineral resources. Uncontacted tribes are extremely vulnerable to contact with outsiders, as they risk being exposed to diseases to which they have little or no immunity. Historically, this was the most effective means by which the Western Hemisphere was depopulated after the arrival of Europeans who had, over the centuries, evolved immunity to various diseases. Please act on the request of Survival International and write to the Peruvian government. In general, it is good human rights practice to follow Survival

We move on to the War on Women, this time in Colombia. Please click and send the template letter provided by Amnesty International.

Roma in Romania are being maligned and suffering discrimination. Our friend, Guy, has called our
attention to an article in the Independent about the situation there and proposes a template letter. I
trust you will vary it and expand it.

Emil Boc
Str. Motilor 5 Cluj-Napoca 400001
Dear Mayor, Why were 400 Roma people forced to leave
their houses in Cluj, where they had lived for generations? Why are they still living on a garbage dump
at Pata Rat? Why has alternative housing not been provided for them? I look forward to receiving
information from you. Romania's treatment of its Roma citizens is damaging the reputation of your
country.

As always, you might vary the letter at least a little, perhaps after glancing over the "Independent"
article and Amnesty's Urgent Action of 22 December 2010:
And, as perhaps always, it may have to be explained that "Roma", the name of the people otherwise called
Gypsies, has no connection with "Romania", the country where the largest number of them happens to live.

If you use the old UA from Amnesty, be sure to update the name of the mayor of Cluj.

We end with a labor rights issue. We note again that companies that are responsible employers in their
home country become vicious exploiters and abusers when they think they are in a Third World place where
they can get away with it. Please call this Finnish company that is running wild in Mexico to account. Similarly, we have a case of a failure of a monitoring organization to perform its function of ensuring that the use of the Fair Trade logo truly reflects the treatment of workers by a company.

Posted by arkee_titan at 2:43 AM No comments:

HADA
The story of Hada in Inner Mongolia has been going on for 18 years with no end in sight. Guy Otterwell has again called upon us to write on his behalf. He was rearrested on the day of his release after 15 years in prison and is still missing in the hand of the Chinese authorities.   Please act. 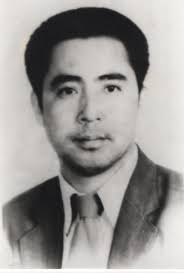 VIETNAM ACTIVISTS CALL FOR RELEASE
Please sign the petition for release of the Vietnamese freedom activists.

14 activists were convicted and sentenced to jail terms ranging from 3 to 13 years, following up to five years of house arrest, by the People's Court of Nghe An province.
This is a part of a growing movement attacking government critics, including the well known blogger Le Quoc Quan, who was arrested in December. The fourteen activists were charged after attending a course put on by the Viet Tan organization, a banned organization that works for democracy, human rights, and political reform in Vietnam. They are banned because in the past they spearheaded a movement against the Vietnamese communist government.
All of the activists have been involved in the struggle for human rights and have advocated for other issues including the environment.
This sentencing was based off of vague security laws, specifically article 79 of the penal code, which forbids "overthrowing the government". Please tell the Vietnam government to remove these convictions and support activists!