BUSHMEN--FORCED EVICTION
We were about to call for action against the forced eviction of Bushmen in Botswana for a "wild life corridor." 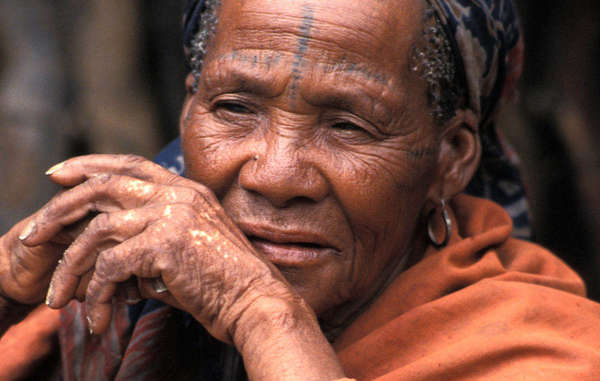 We are now pleased to tell you that the court in Botswana has suspended the impending eviction.
On Tuesday 28 May, Botswana’s High Court ruled that the case be suspended until mid-June, when the Bushmen will be forced to return to court to defend their land. This struggle is not over, so stay tuned.

The United Electrical, Radio and Machine Workers of America (UE) is one of the unions that can always be counted upon when we need international solidarity.
As the head of the UCLA Labor Center put it, "The UE has been at the forefront of building international labour solidarity, especially worker to worker relationships."
Today, the UE is asking for our help.

They're fighting the decision by General Electric to move nearly a thousand good union jobs from a factory in Pennsylvania to a non-union plant in the South where workers earn 40% less.
Please click on the link and help the workers in Erie PA. For the record, something analogous is happening in Israel with the cable TV company threatening to fire its workers and rehire them through contractors. The workers at Hot have only now started to organize and it may be too late for them. The importance of labor unions cannot be overestimated.

CLOSE GUANTANAMO NOW
In case anyone has forgotten, President Obama promised to close the prison camp at Guantanamo Bay in his first election campaign five years ago. It is still there and functioning. Please sign the AVAAZ petition to close down this infamous breach of basic human rights.
Here are the statistics:
• Detainees in Guantanamo now: 166
• Detainees facing active charges: 6
• Detainees cleared for immediate release, but stuck in the camp: 86
• Guantanamo inmates on hunger strike: 103
• Hunger strikers strapped down and force fed: 30
• Prisoners who have died in custody: 9
• Children the US has held at Guantanamo: 21
• Detainees tried in civilian court: 1
• Detainees who can't be tried for lack of evidence or torture: 50
• Prisoners released by the Bush administration: 500+
• Prisoners released by the Obama administration: 72
• Current annual cost to US taxpayers: $150 million
• Days since Obama first pledged to close Gitmo: 1579
• Time since first prisoners arrived at Guantanamo:

11 years, 4 months, 11 days ..
We close with news of the release of a Prisoner of Conscience in China:
URGENT ACTION
TIBETAN MONK, IMPRISONED SINCE 1996, RELEASED
Jigme Gyatso, a Tibetan prisoner of conscience and former monk, was released on 30 March and has returned home.
Further information will be provided if and when it becomes available.

Jigme Gyatso was detained in 1996 for his activities in support of Tibetan independence, including setting up a
group called the â€œAssociation of Tibetan Freedom Movementâ€ and distributing pro-independence leaflets. He was
sentenced to 15 yearsâ€™ imprisonment in November 1996 as a â€œcounter-revolutionary ringleaderâ€. He was tortured or otherwise ill-treated on several occasions during his imprisonment. In May 2004, Jigme Gyatso was beaten for shouting pro-Dalai Lama slogans and given an additional sentence for â€œinciting separatismâ€. According to Chinese authorities, he was released upon completion of his term.

There is no need to take further action on this case. Many thanks to everyone who has campaigned on his behalf.

I recall working on this case from the time that he was first arrested.

Posted by arkee_titan at 1:14 AM No comments:

LIFE IN DANGER IN EL SALVADOR
A young pregnant women in El Salvador is very ill and is carrying a damaged, certainly non-viable fetus. She requires an abortion, but the government is stalling on making an exception to the strict anti-abortion laws of the country. Please act to save this woman's life.


MODERN SLAVERY
Please join Walk Free and help to put an end to slavery around the world.  You can do something about the millions who are working for little or no compensation under forced conditions in unsafe environments often containing toxic materials. The minerals extracted in this manner are used most profitably by large corporations.

GENDER INEQUALITY
We would like to call your attention to a campaign against gender discrimination. The campaign is named Because I am a Girl and it is most worthy of your support.

Gao Zhisheng, one of China's most respected human rights lawyers, has suffered enforced disappearence, imprisonment, torture and illegal house arrest because of his work.


Please act now to call for his release.

First some good news of long overdue justice. During the military dictatorship of José Efrain Ríos Montt, around 200,000 people, almost all of them members of Guatemala’s indigenous population, were killed or disappeared. He has now been convicted of genocide and sentenced to 80 years imprisonment. We hope this will deter other mass killers.

TARGET AND SLAVE-GROWN COTTON.
We have raised this issue before, but we ask you, especially readers in North American, to tell Target that the use of slave-grown cotton from Uzbekhistan is unacceptable.

CHILD LABOR IN MALI GOLD MINES
Children are being forced to work in the gold mines of Mali often with toxic substances. Please sign the petition to put a  stop to this vile practice.


HUMAN RIGHTS VIOLATIONS IN ERITREA
After 20 years of independence, freedom is still elusive for the people of Eritrea. Please join the Amnesty International call for stopping the dictatorial behavior of the government.

ABUSED ANIMALS IN NEPAL
We usually focus on human rights violations in this blog, but this week Guy brought to our attention the horrible abuse of animals in Nepal. We call upon you to click on the links and take action on behalf of the voiceless creature exploited to death in the brick industry in Nepal.

THE GARMENT INDUSTRY AS A KILLER
The death toll in the Bangladesh garment factory collapse is spiraling higher. It is time to put some accountability into the supply chain and for the big companies who have been waxing fat on the blood and sweat of  Third World workers to take some serious steps to fix what is obviously broken. Please sign the AVAAZ petition and make noise on your social networks. 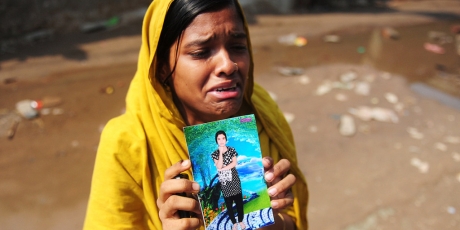 ABUSES IN SRI LANKA
Please take action on behalf of victims of human rights abuses in Sri Lanka. A human rights defender is under threats. Also, Guy informs us that  a man has been held without trial since 2007 on suspicion of being a Tamil Tiger. Please act for justice for Mano and others held without trial.

MAYDAY AND WORKPLACE SAFETY
Workers demonstrated all over the world, but the fiercest were in Bangladesh in the wake of the collapse of a factory building. Hundreds are know dead and the toll increases with time. Indeed the owner of the building is in custody, but the responsibility for the dangerous (and cheap) working conditions in Bangladesh lies with the supply chain, all the way to us, the buying public who are addicted to cheap clothing. Please join the worldwide protest about workplace safety in Bangladesh.


GOOD NEWS
The US state of Maryland has joined the overwhelming global trend towards ending the death penalty, Amnesty International said today after Governor Martin O’Malley signed the abolition of capital punishment into law.

The abolition bill, passed by the state legislature in March 2013, makes Maryland the 18th US state to relinquish use of the death penalty since the US Supreme Court approved new capital laws in 1976.
Read more.

HUMAN RIGHTS DEFENDERS IN THE AMERICAS
Human rights defenders in the Americas play a vital role in exposing and combating human rights violations. Many have paid a high price for their courageous efforts to break cycles of injustice, discrimination and impunity. Please sign this petition on their behalf.