We recently took a few weeks off. The violators did not. Bob Marley put it correctly: 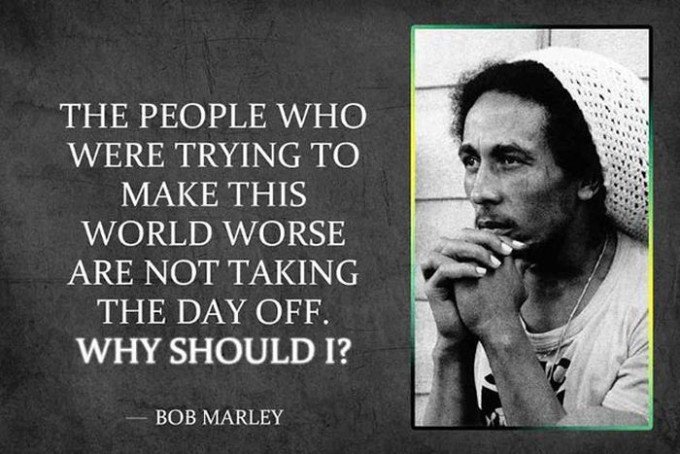 This young lady in Berne is not taking the day off nor shall we to the extent of our ability:

This week we recommend supporting the efforts of Mercy Corps via Global Giving to help the refugees from the conflict in Syria.

Indigenous tribes do not simply die out. They are killed by the actions of so-called civilized nations. Survival International provides a long list of cases in which a letter from you can and will make a difference. Please open this link and write at least one letter. This link will be a permanent feature on our blog and we would be grateful if you gave it a bit of attention each week. We suggest going down the list in the order given. The letters are pre-written for you. All you need to do is send them. It would be nice also if a donation to Survival International could be forthcoming.
This week we raise the issue of call your attention to the so-called "Pygmies" of central Africa. They along with others are victims of racism. Please open the site, choose an action and if you can donate.

Find a campaign to work for. Light must be made to shine in the darkest of places. We call your attention to child slavery which can take many  forms.


Thomas Arthur, aged 75, is due to be executed in Alabama on 25 May. This is his eighth execution date since 2001, three times coming within a day of being killed. He maintains his innocence. This would be the first execution under the current Alabama governor. Please call upon the governor to stop his execution.

Lahpai Gam has been discharged from hospital following some improvements to his health. Returned to a prison in Kachin State, he is a prisoner of conscience and must be immediately and unconditionally released and, in the meantime, provided with access to necessary health care and treatment. Please call for his immediate release and proper medical care


Bills to reintroduce the death penalty in the Philippines are pending before the Senate, which resumed session on 2 May 2017. Despite the Philippines being a state party to an international treaty that commits it to the abolition of the death penalty, the House of Representatives have adopted measures contrary to this. Please take action on this issue.


Independent unions at Coca-Cola Indonesia, joined by IUF affiliates and other Coca-Cola unions, rallied in front of the Coca-Cola Amatil Indonesia head office on May 8 in defense of the fundamental rights the company continues to systematically violate. Please join the protest.