INDIGENOUS PEOPLE
Indigenous tribes do not simply die out. They are killed by the actions of so-called civilized nations. Survival International provides a long list of cases in which a letter from you can and will make a difference. Please open this link and write at least one letter. This link will be a permanent feature on our blog and we would be grateful if you gave it a bit of attention each week. We suggest going down the list in the order given. The letters are pre-written for you. All you need to do is send them. It would be nice also if a donation to Survival International could be forthcoming.

The forced eviction of an informal settlement near Bobigny, in the outskirts of Paris, has left more than 60 people, including 15 children and infants, homeless. They are currently sleeping in a gymnasium in the centre of Paris but will have to leave imminently and without any alternative housing solution proposed to date. Please join the demand that the French government find a housing solution for these people.

VENEZUELA
Private defense lawyer Omar Ernesto Silva Martínez has made a formal complaint after being repeatedly targeted with threatening calls and surveillance. Guaranteeing the safety of lawyers to perform their functions without intimidation, hindrance or harassment is integral to ensuring that the right to a fair trial is respected. Please protest on his behalf and on behalf of human rights in Venezuela.

EGYPT
Five Palestinian refugees from Syria are at imminent risk of being forcibly returned to either Gaza or Syria by the Egyptian authorities. Their travel documents have been confiscated and they have been confined to a terminal in Cairo airport. Please call for them to be treated properly as refugees.

PAKISTAN
Although no mail connection exists between Israel and Pakistan, we ask readers in other countries to put emphasis on this terrible case. Pakistani Christian Asia Bibi, sentenced to death for blasphemy in 2010, has had her appeal rejected by the Lahore High Court of Appeal. This is outrageous from all standpoints. Please act at once.

It may come as a surprise, but it really should not. The company that owns the ZARA brand, Inditex, is a transnational corporation that wants to be seen as socially responsible.
For example, it signed a global agreement with UNI Global Union committing it to respecting the rights of its workers worldwide. And to be fair, in many countries, workers in Zara and other Inditex brands enjoy rights consistent with the obligations laid down in the global agreement.
But not in the USA. Please join the protest on behalf of workers in the US.
Posted by arkee_titan at 1:46 PM No comments:

We start by wishing all our Muslim friends and supporters a Happy New Year for AH 1436 which occurs on Saturday October 25. May peace be with all people of good will.

MEXICO
Prisoner of conscience and torture victim Ángel Amílcar Colón Quevedo has been released from prison after five years in pre-trial detention, in a move that is welcome but long overdue, said Amnesty International. All charges against him, which were indeed trumped up with a confession extorted by torture, have been dropped. Ángel Colón is an Afro-descent Garífuna, and Amnesty International believes his torture, detention and prosecution were the result of discrimination: based on his ethnic origin and his status as undocumented migrant. He was abused, humiliated and  and forced to lick clean the shoes of other detainees and perform humiliating acts. He was repeatedly called a “fucking nigger” (“pinche negro”). We hope the perpetrators are prosecuted, but do not bet on it. According to an AI survey, 64% of Mexicans fear torture at the hands of the police.


INDIGENOUS PEOPLE
Indigenous tribes do not simply die out. They are killed by the actions of so-called civilized nations. Survival International provides a long list of cases in which a letter from you can and will make a difference. Please open this link and write at least one letter. This link will be a permanent feature on our blog and we would be grateful if you gave it a bit of attention each week. We suggest going down the list in the order given. The letters are pre-written for you. All you need to do is send them. It would be nice also if a donation to Survival International could be forthcoming.

TURKEY
Around 100 refugees from Syria are at risk of being returned to the war-torn city of Kobani/Ayn Al-Arab. They are part of a group of over 250 men, women and children from Kobani who have been unlawfully detained by the Turkish authorities in a sports hall since 5 October in the border town of Suruç in Turkey’s south-eastern Şanlıurfa province. Of this group, two sets of returns have taken place on October 14 and 16. Please call upon the Turkish government to stop this practice.

RUSSIAN FEDERATION
Three men have been detained since April and face criminal charges for raising the German flag over an official building in Kaliningrad. If found guilty they could face up to seven years in prison. This is a gross violation of freedom of expression, a basic human right. Please act on their behalf.
FRANCE
More than 200 Roma, including around 50 children, living in an informal settlement near Bobigny in the north eastern suburbs of Paris, are at high risk of being evicted in the next 48 hours (as of Oct.20) despite the High Court in Bobigny declaring in July that there was no urgent need to carry out the eviction  The eviction may have taken place, but nonetheless we must demand that provision for housing of the Roma be provided.
Posted by arkee_titan at 1:24 PM No comments:

EGYPT
First some good news. The two Palestinian refugees from Syria that the Egyptian authorities had been preparing to forcibly return to Syria or Gaza have now been resettled in Europe. Thanks to all who wrote on their behalf.


Please open the link, protest and include the above names in your letter.

EL SALVADOR
End The Ban On Abortion In El Salvador! The ban is killing women and girls. Women who suffer a miscarriage are treated like criminals; accused of 'aggravated homicide', they face up to 50 years in prison. Girls who have been raped cannot seek a termination. Illegal abortions are common - and dangerous. More than half of all deaths of pregnant teens are due to suicide. Ask the President to end the ban. Please open and join the protest, just a click is needed.

AFGHANISTAN
This is beyond belief. Brishna, a 10-year old girl from Kunduz province in Afghanistan was raped by a local mullah in May 2014. She is at risk of an “honour” killing by family and community members. The women’s rights defender who assists her is facing death threats. Please open and send a mighty rant!

UNITED NATIONS
A UN agency is about to fire a union activist because he is a "troublemaker." A campaign a year ago, calling on UN Secretary General Ban Ki-Moon to respect workers rights, was successful. Please raise your voice in protest in this case.

We are a big early this week because of the Succot holiday. We wish all a happy holiday.

THAILAND
Community-based human rights defenders at risk of violence and eviction by local law enforcement and paramilitary.
Please act by clicking the action tab at the bottom of the post.

MEXICO
On 26 September, students were intercepted by Mexican police patrols firing shots and then later attacked by unknown individuals in Iguala, Guerrero state. At least six people were killed, 20 were injured and the whereabouts of 38 remain unknown. They may be the bodies found in the mass grave near Iguala. Please act.

PAKISTAN GUARD SHOOTS MENTALLY ILL PRISONER
Blasphemy prisoner Mohammad Asghar has been shot and wounded by a prison guard in Pakistan. He is recovering in hospital, but his lawyers fear he is still in danger of being killed. Please protest on his behalf.

Posted by arkee_titan at 1:15 PM No comments:

We wish all our Jewish readers a good inscription (chatima tova) in the Book of Life as Yom Kippur looms up. We also wish our Muslim readers Eid ul Adha Mubarak. 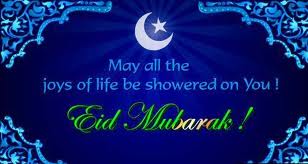 MOROCCO
Last week we apparently messed up the link connections for this action. We are, therefore, posting it again.Seven Sahrawi men were severely beaten on 17 September in Laayoune Local Prison, Western Sahara. They have gone on hunger strike in protest. Please join the protests.

VENEZUELA
Venezuelan police have raided Beatriz Adriana Guzmán Barrios’ house and arrested her husband. The Barrios family have received further threats even though they should be protected in accordance with an Inter-American Court ruling. Ten members of their family have been murdered since 1998 in circumstances that suggest police involvement with almost total impunity. The Barrios family believe that the threats and intimidation are due to their continuous demands for justice, effective protection measures, and reparations for the grave human rights violations they have suffered. Please act on their behalf.

AZERBAIJAN
Azerbaijani human rights defender Leyla Yunus was beaten in the Kurdakhany detention facility by the administration staff on 23 September. Conditions in her cell remain dire, which aggravates her already weakened health. Leyla Yunus is the President of the Azerbaijani NGO - the Institute for Peace and Democracy. She was arrested on 30 July 2014 on the charges of treason (purportedly spying for Armenia), tax evasion, forgery, fraud, and illegal business in relation to a grant received by her NGO which she had been prevented by the authorities from registering. Her husband, Arif Yunus, had been placed under travel restrictions until he too was arrested on 5 August. Arif Yunus is also facing criminal charges of treason, tax evasion and fraud in connection with his involvement in the activities of the Institute for Peace and Democracy.

On 23 September, Leyla Yunus was nominated for the prestigious Sakharov Prize for Freedom of Thought.  Please protest for her.

The count of the dismissed workers has reached 24, sacked simply for signing up with the union.

This is illegal, it is wrong, and it is time for Deva to stop.

Please help us with our latest ActNOW campaign - Learn more and sign up to send your message of protest.    Forward this email to your friends, family and fellow union members -- encourage them to support the campaign too.

Thank you very much.
Posted by arkee_titan at 9:03 AM No comments: