This week call upon you to help with a major killer in the third world, malaria. We recommend the Anti Malaria Foundation, which is highly recommended by GiveWell Their mission:AMF provides funding for long-lasting insecticide-treated net distributions (for protection against malaria) in developing countries. 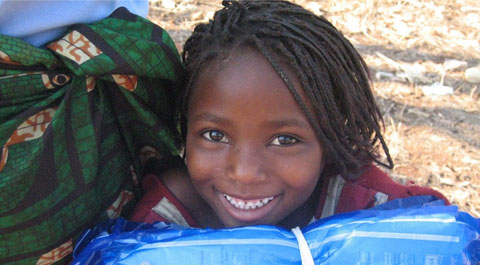 Does it work? There is strong evidence that distributing nets reduces child mortality and malaria cases. AMF has relatively strong reporting requirements for its distribution partners and provides a level of public disclosure and tracking of distributions that we have not seen from any other net distribution charity. AMF has begun building a track record of funding and tracking fairly large-scale (100,000 nets or more) distributions. Please open the link, your heart and your pocket.

Omani poet, writer, film critic and human rights defender, Abdullah Habib was released without charge on 4 May. No further action is requested from the UA Network. Many thanks to all who sent appeals

Indigenous tribes do not simply die out. They are killed by the actions of so-called civilized nations. Unfortunately, we cannot link to Survival International because of technical issues with their website. We are pleased to note that Canada has finally adhered to the UN Declaration on the Rights of Indigenous Peoples Tuesday, almost a decade after it was adopted by the General Assembly.  We refer you to Cultural Survival for information and opportunities for action on behalf of indigenous communities.

We have added a new section to the blog in order to join the struggle against slavery worldwide. This week we refer you to the site of the CNN Freedom Project  where you can find a large number of campaigns against manifestations of slavery in different countries. The number of people living in slavery is of the order of 35 million, which indicates the extent of the problem. We suggest that you look up the Fair Trade movement in your country and make an effort to avoid buying slave-produced products.   Look for these logos:

This week we refer you to the the ILO’s Protocol on Forced Labor which is all about modern slavery.


We call your attention to the 50forFreedom campaign. On this site, you will find a wealth of information and a detailed debunking of conventional beliefs and myths. All should push their governments to ratify and enforce the Protocol. The UK government has passed and revised its Modern Slavery Act 2015 and it is to be enforced. It is intended to force companies to eradicate all traces of forced labor – not only from their own business but every supplier they buy from. There is also much that you can do as an individual by demanding information about the supply chain from sellers.

International press freedom day came this month on May 4 and we wish to refer you to ten egregious cases documented by Amnesty International. Please open and act as you feel is appropriate.

On 20 April political activist and blogger Darya Poliudova arrived in the open prison colony in Novorossiisk, Krasnodar Krai, where she will be serving her sentence after her appeal was rejected on 30 March. She has submitted another appeal. Darya Poliudova is a prisoner of conscience. Please raise your voice.

Global drink and snacks giant PepsiCo is complicit in ongoing human rights violations by a warehouse provider in the Indian state of West Bengal. Since 2013, IUF members have been supporting a courageous group of warehouse workers who are unemployed as a consequence of insisting on their right to form a trade union .

The company which dismissed them - Radhakrishna Foodland Pvt. Ltd (RKFL) - operates a warehouse contracted exclusively to PEPSICO. Please let PepsiCo know that you do not accept this behavior.