This week we recommend the clean water project


of the Rotary Foundation. They have a very high rating from Charity Navigator. Clean water is a major health issue around the world. Please help.

Indigenous tribes do not simply die out. They are killed by the actions of so-called civilized nations. Survival International provides a long list of cases in which a letter from you can and will make a difference. Please open this link and write at least one letter. This link will be a permanent feature on our blog and we would be grateful if you gave it a bit of attention each week. We suggest going down the list in the order given. The letters are pre-written for you. All you need to do is send them. It would be nice also if a donation to Survival International could be forthcoming.
This week we raise the issue of enforced "progress." and its deadly effect on uncontacted tribes.

Find a campaign to work for. Light must be made to shine in the darkest of places. Look at the slavery situation in India, for example.

Elias Waya Nyipuoch, former governor of Wau state, was released without charge on 14 March. He had been detained by the South Sudanese military since 26 June 2016. No further action is requested of the UA network. Many thanks to those who sent appeals.

Urgent Action: Clemency Board To Hear What Jury Never Did


Marcel Williams, aged 46, is due to be executed in Arkansas on 24 April. The jury never heard any mitigating evidence about his childhood of severe abuse and trauma. That evidence is now before the clemency board which will consider his petition on 27 March. Please call for clemency and the abolition of the death penalty.

Urgent Action: Four Young Children and their Mothers Detained for Over 500 Days

Antonio (7), Carlos (4), Josué (3), Michael (16) and their mothers Marlene, Lorena, Teresa and Maribel (all names changed to protect identities) have been held at the Berks County Residential Center, a US Immigration and Customs Enforcement (ICE) detention centre in Pennsylvania, for over 500 days. Each family is seeking asylum in the US after fleeing traumatic and life-threatening events, including kidnapping threats and severe physical and sexual violence, in their home countries of Honduras and El Salvador. The Berks County centre currently holds 34 families, many of whom come from the Northern Triangle countries of El Salvador, Guatemala, and Honduras, a region where Amnesty International has documented extreme levels of violence and insecurity. Please write on their behalf.


On 20 March the oral trial against three members of the Chañaral Wichí Indigenous community for defending their territory will take place. These legal proceedings violate their right to defense and access to justice. Please protest on their behalf. 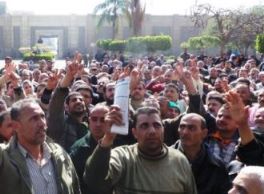